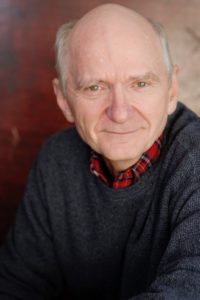 New York based SAG-AFTRA professional actor with award winning and award nominated performances.
Mike has Extensive stage , on camera and voice over credits .

Some of Mike’s theatrical credits include:

Leading Ladies, The Scottsboro Boys, Fiddler On The Roof, Pippin, My Fair Lady, Our Town, The Importance of Being Earnest, Noises Off, Company, Will Rogers Follies, Cabaret, Beauty And The Beast, and Gypsy; Wallace Shawn’s The Fever (Lannan Foundation); A Christmas Carol; Burning In The Night- A Hobo’s Song (A World Premiere); Cat On A Hot Tin Roof, Talley’s Folly, Last Night Of Ballyhoo. Film credits include Intersect (2020 Boston Sci-Fi Film Festival). Television credits include a co- leading role in the BBC mini-series Spies, Lies, And The Superbomb as well as the Lifetime series Maneater. Mike has a degree in theater from the University of Colorado and is proud to be a member of Phoenix Theater Company’s Partners That Heal, bringing story and entertainment to children (and adults) at Phoenix Children’s Hospital and other healthcare facilities.